How to unlock a phone from a carrier

Unlock your device from any network carrier

Unlocked phones give you freedom. The freedom to insert a new sim card and switch to a carrier offering a cheaper deal, richer bundle, or wider coverage. The freedom to switch networks as you travel and avoid roaming charges. The freedom to sell your old phone and get the best price possible. And the freedom to choose how you use your phone (not the other way around). Sounds good, right? But if your phone’s locked to a specific network, your freedom’s limited.

The carrier lock that’s placed on a locked mobile phone is a software code that tells your phone to connect only to a specific network. If your phone has a SIM lock on it, only compatible sim cards will work. You can’t get or use a signal with any other service. Or use a SIM card from another carrier. To switch carriers and use a new SIM card, you’ll need a network unlock code to automatically unlock the device.

If you’re wondering how to unlock a phone from a carrier, the answer’s simple. You can go directly to your provider or we can unlock the phone from the carrier for you.

What do I need to do to unlock my phone from a carrier?

To unlock phones from a carrier using Mobile Unlocked all you need is the device's IMEI number. You can find this easily by typing *#06# into the keypad of your device. You don’t need to provide anything else. We’ll take it from there and have your phone unlocked remotely within hours.

We cover all of the major carriers in the US, including: ATT, Cellcom, Cricket, GCI Wireless, MetroPCS, nTelos, SimpleMobile, Sprint, StraightTalk, T Mobile, Tracfone, Verizon and Xfinity. And all we need for each of these carriers is the IMEI number of your phone.

If you try to unlock phones, removing all SIM restrictions, by contacting your cell phone operator directly the process can be prolonged and problematic. There’s no standard unlocking procedure. Every carrier’s process is different. And each provider has its own, often complicated, eligibility requirements relating to the device, its service contract and payment plan. You’ll also need to provide ID information such as your device's account number, Social Security number, password and other background details. 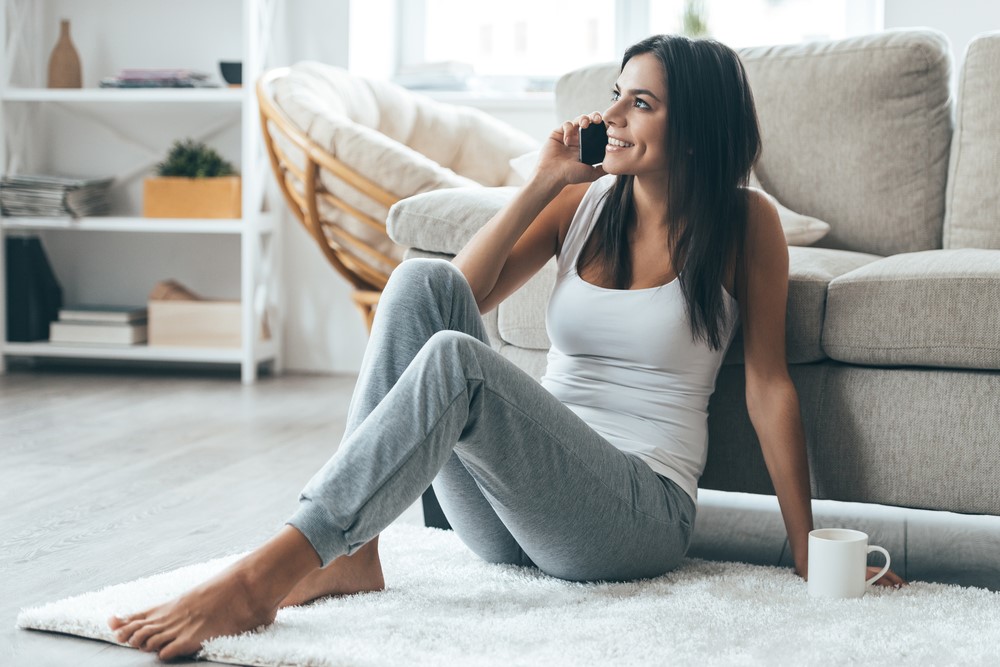 With Mobile Unlocked our power is in our process. It’s simple and straightforward. There’s no additional device unlock app to download. We don’t need any of your device's account details or any information other than your IMEI. There are no lengthy forms to fill in. You won’t have to endure long, on-hold calls to a customer support line. You won’t have to contact your provider at all to explain why you want to unlock your mobile phone. Or struggle with a complex authentication process.

Just type your IMEI into our website. And leave us to do the rest.

Our tech will get on it straight away, working behind the scenes to process the unlock remotely. Simply insert a new sim card and you're good to go.

How to carrier unlock your phone: A step-by-step guide

Here’s a rundown of all of the major carriers covered by our carrier unlocking service.

AT&T is one of the largest telecommunications operators in the United States, with an almost 50% share of the US wireless subscriptions market. And over 200 million wireless subscribers worldwide. If you’re one of those 200 million AT&T subscribers and thinking of changing to another carrier, you’ll need to unlock your phone from the AT&T network first. But going directly to AT&T to unlock phones takes time. It’s admin-heavy. And you’ll have to submit an unlock request and meet their tight eligibility criteria first. Here’s where we come in. We can sim unlock your AT&T device using just your IMEI. So you get your mobile phone unlocked at-speed and can switch carrier or grab a better deal in hours not days.

Based in Wisconsin, USA, Cellcom customizes its network to its rural markets. In business for over 30 years, it’s now a Verizon LTE in Rural America (LRA) partner. This means its customers have access to high-speed, fourth-generation Long-Term Evolution (LTE) services. But its rural focus may no longer be right for you. So, if you’re looking to move away from Cellcom and over to a nationwide carrier with alternative coverage, the good news is most devices, even the older ones (pre-2015) can be unlocked. Even better, we can do it all for you. No need to go back to your provider. Everything’s done online. And all we need for the unlocking process your sim unlock is your Cellcom phone’s IMEI.

A subsidiary of AT&T, Cricket provides wireless services to ten million subscribers in the United States. Originally a CDMA carrier, it’s now on the same GSM networks as its owner, AT&T. Which means faster speeds and better coverage for most of its users. But if you’ve spotted a better deal or more customized package you may be considering moving away from Cricket to a different carrier. And to do this, you’ll need a SIM device unlock. In just a few clicks we can process your Cricket unlock remotely so you don’t have to go through the lengthy process of submitting an unlock request yourself.

In addition to its cell phone offering, GCI also provides a cable television service, internet access and wireline (networking). Apart from iPads, all iOS (Apple) GCI Wireless devices are locked to the GCI Wireless network. You can request for them to be unlocked by going back to GCI Wireless but, like most carriers, there’s a strict checklist you need to meet before it’s agreed. And the inevitable and time-consuming form-filling and authorization checks. Avoid all of this by letting us process your iPhone unlock for you, using just your IMEI.

MetroPCS (also known as Metro by T-Mobile or just Metro) is an American prepaid wireless service provider and brand owned by T-Mobile US. Most prepaid devices bought directly from Metro PCS, or a supported carrier store, will be locked to the MetroPCS network. Which means you can’t take advantage of the better deals or more powerful coverage on offer with other carriers. Unless you get an up-to-date device unlock. Organizing the unlock yourself through Metro PCS can take days, if not weeks. Instead, let us do it for you and we’ll have everything sorted in just a few hours. All we need is the IMEI of your phone.

nTelos was the main provider of wireless communications services to customers and businesses in America’s southern and midwestern states. It was, at one time, the 9th largest provider of wireless broadband in the US. It’s now part of Sprint. If you still have a legacy device locked to nTelos just share its IMEI number and we’ll unlock it for you.

Using T-Mobile's carrier's network, SimpleMobile’s coverage is good in metropolitan areas or major cities. But can be patchy elsewhere. If you’re with SimpleMobile and need to switch carriers for one that has a better connection or coverage, simply offers a cheaper deal, you’ll need to unlock your phone first. To avoid all of the admin and eligibility checks required by your provider, why not let us sort it for you. Just enter your IMEI on our site and we’ll do the rest.

Sprint’s origins can be traced back to the Brown Telephone Company. Founded in 1899 it was designed to bring the telephone to rural communities outside Kansas. It went on to become the fourth-largest mobile network operator in the US, before merging with the T Mobile network in 2020. If you’ve got a Sprint phone and you want to free it from the Sprint network you’ll need a network unlock code. Sourcing this from your current carrier can be complicated. So we’ve made it simple. Using your IMEI (nothing else) we’ll source the network unlock code and process your unlock for you.

A subsidiary of Verizon, Straight Talk’s prepaid cell phone plans can be good value for money and all plans come with powerful 5G access. But there could be a number of reasons you might want to switch over to a different carrier. Signal strength, download speed or customer service could all be considerations , for example. In which case, you’ll need to unlock it from the Straight Talk network. This is a time-consuming and often frustrating administrative process, but it doesn’t have to be. With our tech, we can process the unlock remotely for you using only your IMEI.

One of the biggest names in mobile communications, T Mobile is a popular choice with consumers wanting reliable nationwide coverage and flexible price plans. But with so many other competitors offering both too, you may want to switch your T Mobile device over to a different carrier. In which case you’ll need to unlock your phone. To arrange this yourself through a T Mobile customer representative isn’t so easy. There’s a long list of eligibility requirements and a different process depending on the make and model of your T Mobile device. If speed and simplicity are what you’re after, avoid all the admin by letting us do the work for you. Just input your IMEI and we’ll take it from there.

Tracfone is the largest no contract prepaid cell phone company in the US. And it has coverage contracts with the four major wireless carriers in the country. Thanks to this it delivers reliable and wide-reaching coverage to cell phones on the East Coast and in central states. But coverage in the mountain states and on the West Coast can be less consistent. If you’re a Tracfone customer and patchy coverage is an issue, you might be thinking of switching to a different provider. Or you may have other reasons to change. Either way, you’ll need to unlock your phone first, because most prepaid devices sold by TracFone are permanently locked into its service. No problem though. We can process it for you 100% online, using just your phone’s IMEI.

Boasting the best nationwide coverage, Verizon is a popular choice with consumers. But this can come at a higher cost. If money’s an issue and you’ve spotted a cheaper deal with another carrier, you’ll need to move fast. But first you’ll have to get your device unlocked. A lot of Verizon 4G devices and all older phones that aren’t 4G (plus devices used internationally) are likely to be locked. The same goes for off-the-shelf, prepaid 4G handsets. If you’re in a hurry, the best option is to keep it simple. We can process your unlock remotely in hours not days using just your phone’s IMEI.

Xfinity is a low-cost wireless operator that taps into Verizon’s 5G network. Its prices and plans can vary depending on where you live. But network coverage and download speeds tend to remain steady across the US. That said, there are a number of benefits to unlocking your Xfinity phone so you can use it with other carriers. Perhaps you want to maximize its resale value, avoid roaming charges while traveling abroad or move to a more flexible price plan. Either way, the quickest and safest way is to use our service and do it all online. Just type in your IMEI and we’ll either send you the sim unlock code to input or perform an automatic, over the air update.