How to unlock iPhone devices

If you got your iPhone through a network carrier like Bell, Fido and Koodo, it’s probably locked to that network. You need to unlock your device to switch carriers for a better phone deal.

The good news is iPhone users can unlock their phones quickly, easily and permanently using an IMEI number.


Please select your iPhone model and the original carrier it's locked to. 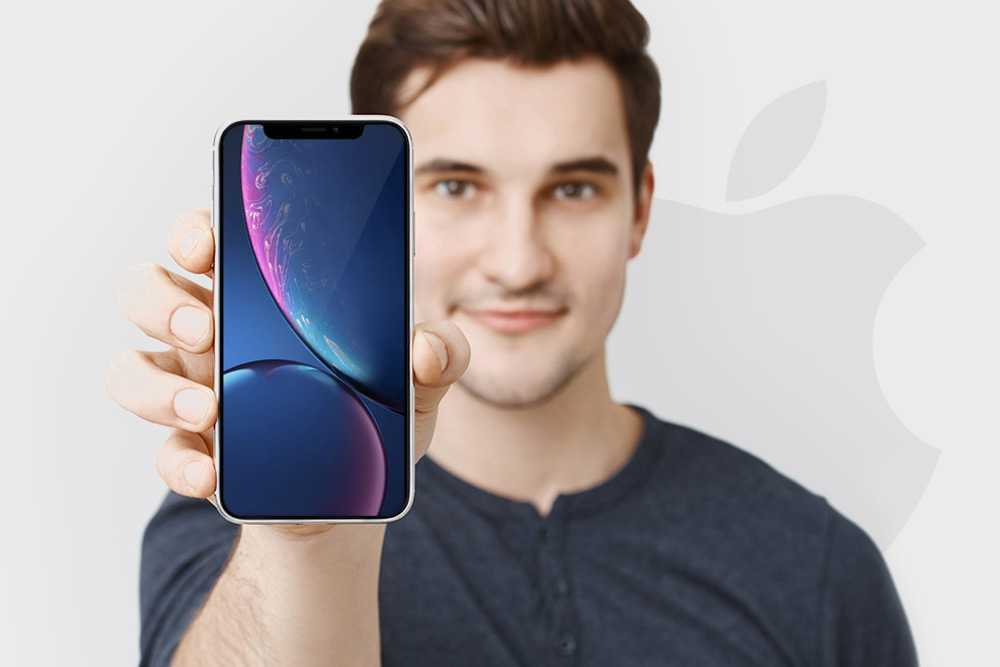 How to get your iPhone unlocked

Our online mobile unlocker software works with any iPhone model tied to any carrier, whether a Fido, Bell or Virgin network.

Everything takes place online (no need to leave home or stop using your phone). There are no account questions to answer or forms to fill in (we just need your IMEI number).

How does it work? With authorised access to Apple's database (whitelisting), our software uses the IMEI number you've provided to locate your device and remove the lock. No unlock codes are needed. The phone is automatically unlocked 'over the air' using WiFi. Just insert your new SIM card, and the phone will update and unlock.

A streamlined and straightforward process, most devices are permanently unlocked in just a few hours without impacting your phone's warranty or future software updates.

In short, what you need to know is:

Why you should unlock your iPhone

Unlocking an iPhone is 100% legal, and using Mobile Unlocked is as easy as typing in your IMEI number. But there are plenty of other reasons for removing the network lock.

A Matter of Choice

Take decision-making back into your own hands.

A phone without a network lock is yours to control, not your provider’s.

Avoid getting tied in with one provider.

Opt for a SIM-only option by unlocking your device.

Whether it’s data, downloads or signals, create your own mobile experience. No ties!

Get more for your unlocked phone.

Are you thinking of selling? You’ll get more for your device if it’s unlocked.

Shop around for the best deals.

Get access to the lowest prices on the market and the best value deals.

What's an IMEI, and where can I find it?

IMEI stands for International Mobile Equipment Identity. It’s a unique 15-digit number that links a device with the SIM card inside the device. The GSM Association defines the first 14 digits. Then, an algorithm generates the last digit. So your IMEI is like your phone’s fingerprint. But, unlike a SIM card, your IMEI is fixed to your device.

To find your IMEI, type *#06# into your device or go to the ‘Settings > About’ screen. You should also be able to find it on your SIM card or under your phone’s battery.

What iPhone models can you unlock?

Our network carrier unlocks method works with all of the following iPhone models and iPads:

New service from Mobile Unlocked that unlocks any iPhone without a passcode or iTunes. It includes MDM and screentime passcode lockouts using your phones IMEI number.

From upgraded cameras and redesigned screens to a power-saving screen and a force sensor, the iPhone 14 entered the market in September 2022. While all four iPhone models have upgraded internal chips, the Pro and Pro Max contain the A16 Bionic chip, which is about 40% faster than the A15.

New to the market in April 2021, the iPhone 12, iPhone 12 Pro and iPhone 12 Pro Max were the first Apple phones to include 5G connectivity. They were also the first iPhones to be featured in the color purple.

The least expensive device in Apple's twelfth generation of iPhones, the iPhone XR, is one of the most popular of Apple's devices. Powered by Apple's A12 Bionic chip processor, it comes with Face ID, a 6.1-inch screen, a 12 MP wide camera and a range of other solid features.

Both twelfth-generation flagships of the iPhone, the iPhone XS and XS Max were the first to contain a 7-nanometer smartphone chip - the powerful A12 Bionic processor. As a result, the phone's photo and video features were a breakthrough when the model launched in 2018.

Named to mark the 10th anniversary of the iPhone, the iPhone X (the 11th generation of its kind) achieved a range of other firsts. It was the first iPhone to use an OLED screen and unlike Android phones of the time, had a revolutionary 'bezel-less' (no frame) design.

One of Apple's budget range of smartphones, the 1st generation of the iPhone SE, came onto the market in 2016. In 2022, Apple introduced a third-generation version, with an improved A-series chip, Touch ID and 5G connectivity.

No longer in production, the iPhone 8 and 8 Plus feature glass bodies that enable wireless charging, faster A11 processors, upgraded cameras, and True Tone displays. They launched on September 22, 2017.

The iPhone 7 and the iPhone 7 Plus are both 10th-generation examples of the iPhone. Similar to the iPhone 6S and iPhone 6, they launched in 2016 with new color options, Matte Black and Jet Black.

The design of the iPhone 6 and iPhone 6 Plus (a glass front curved around the edges of the screen) is said to have been inspired by the iPad Air. Although both are 8th generation iPhones, the screen size (4.7 compared to 5.5 inches) is the big difference between the two models.

Apple's 6th generation iPhone, the iPhone 5, was the first to be fully developed under the guidance of Apple CEO Tim Cook. It was also the last iPhone overseen by Apple co-founder Steve Jobs.

The iPhone 4 was described by Apple's CEO Steve Jobs as 'the thinnest smartphone in the world' when it launched in 2010. Boasting a new hardware design, its frame was made of stainless steel with aluminosilicate glass used to house its internal components.

Also known as the iPhone 2, the iPhone 3G was the 2008 successor to the original iPhone. It included new hardware features such as GPS and 3G data. The 3GS launched a year later with its faster processor, higher-spec camera, and digital compass.

How to unlock iPad (all models)

The first iPad was released in 2010. Since then, there have been various iterations of the regular iPad as well as the iPad Mini, the iPad Pro and the iPad Air. Each model has a different screen size (the biggest being the 12.9-inch iPad Pro) and various storage options.

'I’m not sure if my phone is locked.'

If you bought your phone outright through a retailer or private sale, you might not know if it's locked or unlocked.

To check, insert a different SIM card and try to make a call. If your iPhone connects you, great. Your phone is unlocked. If it doesn't, it meansyour phone is locked to a single carrier and needs unlocking.

TIP: Apple SIM cards come in three sizes: mini, micro and nano. Make sure you use the correct size SIM card for the model of your iPhone. As a quick guide, the following groups of iPhone devices use the same size SIM:

The micro: iPhone 4s and iPhone 4

The nano: All other models

Using a computer that has never synced your iPhone to iTunes

Put your iPhone into the 'Recovery Mode' screen as follows: 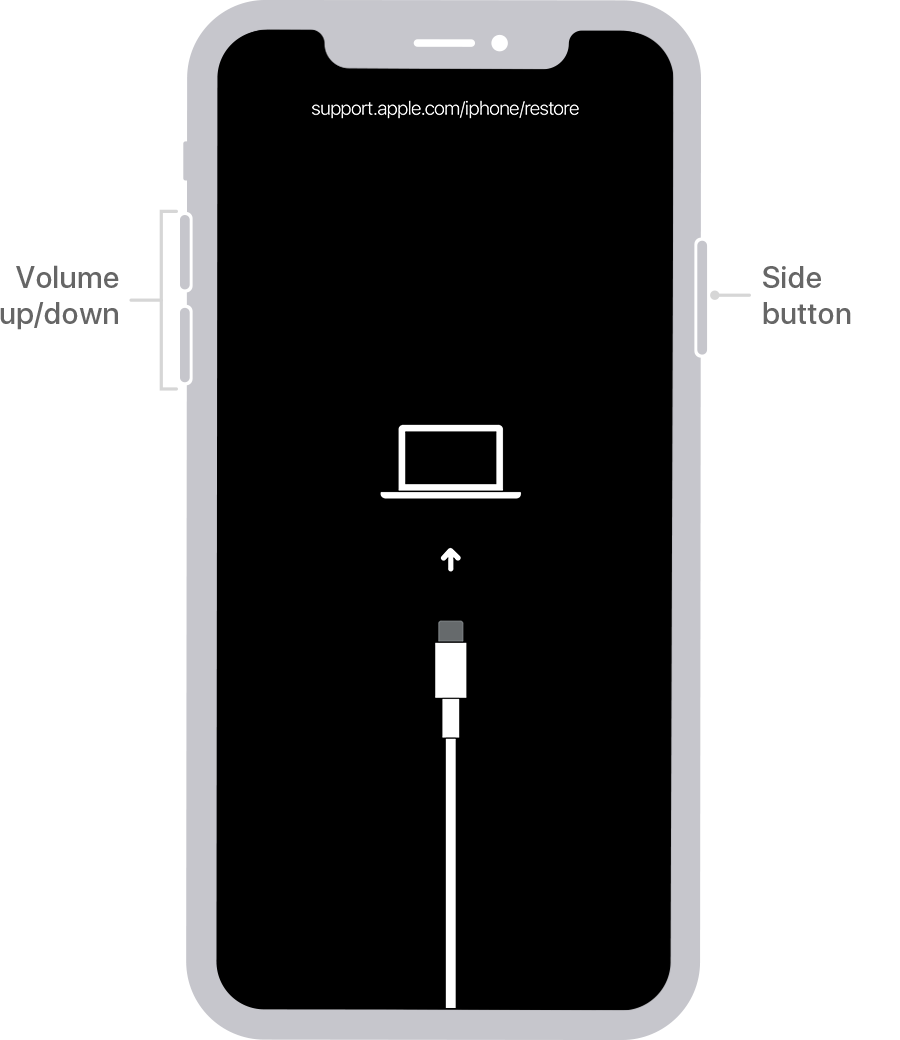 Turn the device off: Hold the 'Volume Up', 'Volume Down' and 'Side' buttons simultaneously. Release when you see the 'Power Off' slider.

Connect to a computer: Connect your iPhone to your computer with a USB cable while holding down the 'Side' button. 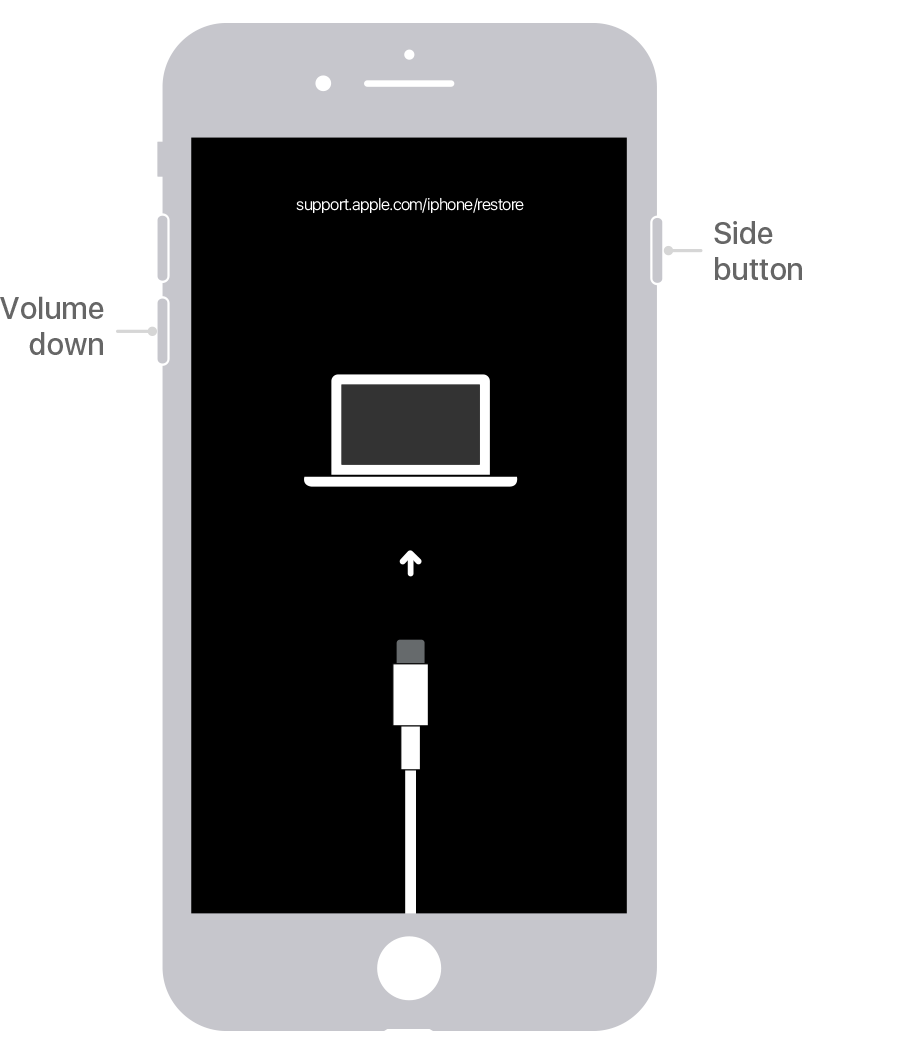 Turn the device off: Hold the 'Side' button until you see the red 'Power Off' slider.

Connect to a computer: Connect your iPhone to your computer while holding the 'Volume Down' button. 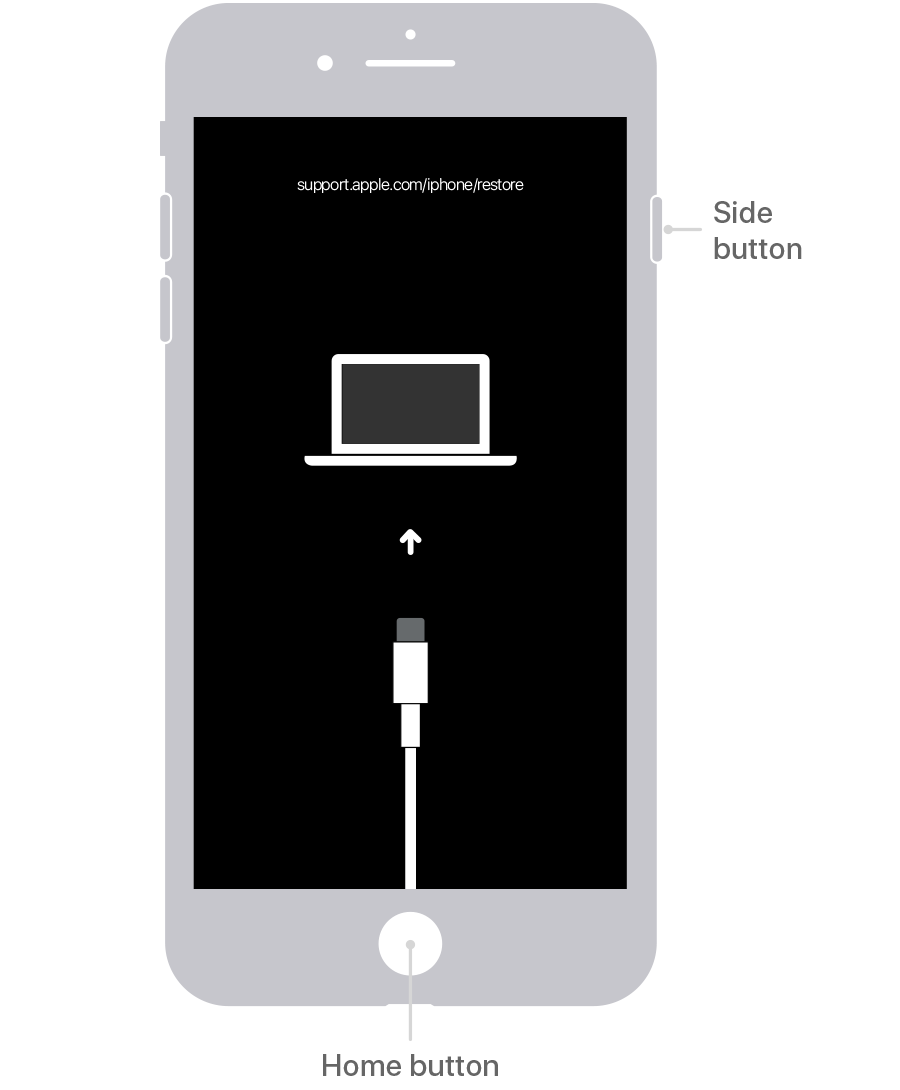 Turn the device off: Hold the 'Side' (or 'Top') button until the screen shows the 'Power Off' slider.

Connect to a computer: Connect your iPhone to your computer while holding the 'Home' button.

When in the 'Recovery Screen' mode, choose the 'Restore' option.

Once this is done, iTunes will wipe your iPhone and reinstall the iOS software. It's now ready for you to set up as a new phone or restore content from your latest backup.

'How to unlock iPhone passcode without computer?'

If you have another iOS device, such as an iPhone or iPad, you can reset your passcode using the 'Find My Phone' app without a Mac computer. Please note: this will take you to our carrier check service which is not an unlock. If you already know which carrier your phone is locked to, then please use our unlocking service and select your carrier in the dropdown.

Get a carrier check